Realistic Solutions to Save the Troubled Voiceover Industry

Realistic Solutions to Save the Troubled Voiceover Industry 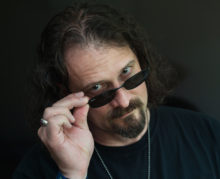 By Dan Friedman and Cat Wityk

On Wednesday June 13th, a town hall meeting between the Voiceover Agents Alliance (VOAA), the World-Voices Organization (WOVO) and the Global Voice Acting Academy (GVAA), took place to discuss the state of the voiceover industry. It brought together hundreds of people in our community. While these conversations are important and necessary, the only thing that was truly evident from the discussion is that we as an industry are in trouble. What follows is a brief history of how we got here, followed by a little perspective and some ideas that, at the very least, should help to continue the discussion and at best could be the start of some solutions.

The actor’s union strike of 2000 occurred at a time when the internet simultaneously opened the door to online entrepreneurs everywhere. While an agreement was reached and the strike ended, independent production houses and eventually P2P sites seized on the opportunity to fill the void originally left open by the strike. Eighteen years have gone by and the entire landscape has changed. People no longer record to tape or even go to a studio. Talent are easily and directly accessible. Costs have been reduced but voice talent (and others) have to learn new skills and take more control of their careers.

Many people hiring voice talent these days (and even many voice talent themselves) were too young to remember the union strike, much less be in the workforce yet. Furthermore, computers and digital technology have made it possible for an individual to take on many roles in business and execute them with some level of proficiency, without the need to hire an accountant, photographer, graphic designer, web designer, voice talent or any number of other roles. Because of this, they often have no point of reference to know what a fair rate is or how to negotiate when hiring a professional to take on these roles.

The Role of Digital Technology in the Advertising Industry

In fact, digital technology plays a greater role in this than many may realize. The advertising industry itself appears to be in somewhat of the same boat, as they are losing money, jobs and clients.

In an article from The Atlantic, the data shows that jobs in the ad industry are declining due to “technology’s invasion of the ad sector and the phenomenon of more corporations trying to emulate outside media companies in-house.” The age of affordable digital technology has allowed the average local business owner to pick up a camera and produce their own commercial, or apparently, even go so far as to develop an in-house media department. Additionally, it has enabled tech companies like Facebook and Google to dominate advertising in place of ad agencies.

This article from Forbes Magazine argues that “As advertising became more fragmented and complicated with the digital revolution, a saturated market of agencies began pitching against each other for the same amount of finite work, driving down fees.” Therefore, ad agencies are experiencing a similar plummeting of rates due to greater competition. Naturally, when all of us in voiceover are doing the same, the results are compounded.

This is a community of amazing people and it will take the each and every member of it to help save this industry now and for the future. I applaud the efforts of everyone who participated in the town hall and all of those who attended. While it is important to lay many of the issues on the table and have an open discussion, we can’t only discuss the issues and not also try to find realistic solutions. We are all turning down jobs that don’t pay fairly, but refusing work isn’t enough. Because, as we all know, someone is going to do those jobs. In some cases they may be desperate to put food on the table, or maybe they simply don’t know any better.

Now, what are we going to do? Here are just a few ideas to consider.

As discussed in the town hall meeting, we should all be educated on what a fair rate is for voiceover work. This includes agents, talent, coaches, producers and talent buyers. The GVAA rate guide and of course the rates set by SAG/AFTRA should be considered the standard. Clients can’t go elsewhere if we’re all agreeing on the same rates.

Talent who choose to work for P2P sites, Fiverr or any organization that actively promotes and encourages buyouts, unlimited usage, and low per spot or per word rates should be eliminated from consideration for agency representation. This is no different than any other non-compete agreement.

Agencies must be more proactive in marketing their talent, including a stronger focus on SEO where they are currently being clobbered by P2P, cheap or discounted VO sites and individual talent. For instance, when searching “voiceover” on Google, only one agency is displayed after 4 pages of primarily P2Ps, companies offering cheap voiceovers and individual talent.

Coaches, education outlets and demo producers must commit to refusing to make professional demos for those who are not ready to work in this business. It’s our responsibility to prevent the flooding of the market of talent who accept lower rates due to a lack of skill.

Talent should include their agents in negotiation as often as possible. This would demonstrate that talent are committed and value their agent’s work. It also serves to keep agents in the game, which is crucial because they are traditionally better negotiators and advocates for talent than they are for themselves. They have more experience and skill when it comes to sticking up for standard rates. They do this for a living after all.

Agencies must demonstrate their value to talent buyers by not only streamlining the entire process from casting to payment (which they already do well), but also by accentuating their roles in casting and other value added propositions. Simultaneously they need to demonstrate their value to the talent they represent by doing their best to spread work out to all talent on their rosters and not just a select few.

Coaches and education outlets must educate new students on the business of voiceover, not just the craft. They should emphasize the importance of not working for free or for low rates, finding rate cards, and understanding and negotiating rates including usage, markets, cycles, lifts, cut downs, etc.

Agencies could consider being more regionally territorial in their marketing to potential talent buyers. Focusing on local businesses and industry also helps the local economy.

Everyone should share the responsibility of educating clients on the value and importance of professional voiceover. As we already know, voiceover is more than just talking. It is a representation of a brand, image and an identity that is just as important to a company or organization as a well designed logo. As industry professionals, we must all work to reposition cheap, unprofessional and/or untrained talent as synonymous with a cheap and unprofessional brand. We then can position our own brands as the opposite of those talent. But in doing so, professional talent must never fail to deliver on the promise to be better communicators and to always provide the very best in customer service.