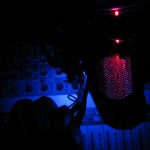 There is nothing like the energy and excitement a person feels when they are starting something new… especially when that “something” is a career in voiceover. Once a person has made that decision they often can not wait to make their demo, set up their website and announce to the world, “Hey listen to me… I’m a voice talent now!” One thing is certain, this is EXACTLY what some people are doing. This is a terrible mistake for many wannabe voice talent. But before I get to the voiceover part, I thought I’d present an analogy.

I’ve worked with several young musicians at various points in my career. Some of them have been very talented and certainly could have had careers in music. One of the greatest things about working with young musicians is their hunger, their passion and their enthusiasm. Its a running theme (to the point of being a joke) among sound engineers to hear something like this from the young bands we work with, “Dude, when we make it big, we’re soooo going to take you with us.”

Needless to say, that “opportunity” rarely materializes. But, you do have to love their enthusiasm. It truly is infectious. It is amazing what professional recording, extensive editing and a solid mix can do. These young musicians never heard themselves sound so good. At that moment, they really do think that they will “make it big”. But in reality, they are usually not ready and as any real rockstar can tell you, there really is no such thing as overnight success. It takes years of practice, planning, determination and timing. The same holds true for voiceover.

Timing is everything in music and it is also important in voice work. But I’m not referring to technique. I’m referring to when to make and unleash your demo on the world. Far too often people are calling themselves voice talent and releasing demos before they (the demo or the person) are ready. These demos get sent to agents and quickly get discarded. What is worse than being simply discarded, is being remembered for being not ready or (to put it gently) no good. This often happens to those who have good marketing materials and a good marketing strategy… but can’t deliver the goods. Think… Milli Vanilli.

Just as musicians try not to release a single until it is ready, a voice artist shouldn’t release a demo until it (and they) are ready. Believe me, the audience you are trying to attract can hear whether you are, or aren’t. Most professional voiceover artists will have several trusted colleagues, as well as several people outside of the industry, listen and critique a demo before they release it to agents. Pros definitely do not unleash a demo in social media until it is ready… if they choose to release it there at all.

The bottom line is this; if you are interested in getting into voice work, don’t kill your career before it even gets started. Get training, practice, be patient, use your ears, practice more and build credibility and trust before unleashing yourself on the world. You can not be a rockstar… until you’ve spent some time in band camp.

By the way, as I was putting the finishing touches on this blog, an article was posted in Voiceover Universe by Debora Duckett of dbtalent. The theme is similar and it contains many questions that everyone who wants to be “the next big thing” in voiceover should be asking themselves. You can view that article HERE.

Good luck and when you are ready… ROCK ON!