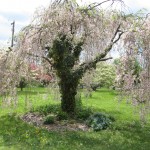 Allergy Season for a Voiceover Talent

I live in what I think (and many will agree) is one of the most beautiful parts of the USA. However, all that lush forest and beautiful foliage brings with it pollen, allergens, and air so thick you can watch it as it blows by. For most people, allergy season is merely a nuisance. For voiceover talent, it can be frustrating, frightening and costly.

Learning to deal with allergies was never a concern for me until a few years ago. I never suffered from allergies until moving to the mountains and even then it took a few years before they took hold of me. Spring of 2010 was by far the most difficult season I’d ever had. I was unable to hear well and I definitely did not sound like myself. As someone who earns a living from having sharp hearing and a consistent vocal sound, this was definitely a problem. While I was able to work, I did not feel confident in what I was hearing and I did not like how I was sounding.

I used the neti pot three times a day. I ate locally produced honey. Before and during sessions, I ate spicy food, brought jalapeño peppers into the booth with me and put mentholatum ointment under my nose. I took anti inflammatory medication, OTC Phenq allergy and cold medicines and finally, after six weeks of suffering, got a nasal spray prescription from my doctor. Thankfully that prescription cleared things up for me. Other than a few weeks during mid summer and mid winter, I’ve taken it ever since. While I still felt the effects of allergy season this year, overall it has been much better.

I was lucky. To my knowledge, I didn’t lose any voice work and my production work was solid. The sinus pain and pressure was bad, but the most difficult part was the fear that I would lose work and the lack of confidence I had in my abilities during this time. I know there are many voiceover talent who suffer from allergies and all of the symptoms that come with them. I tried everything before turning to a prescription for relief, but in the end it was the only thing that worked for me.

If you are an allergy sufferer and a voice talent…what works for you?

3 responses on “Allergy Season for a Voiceover Talent”